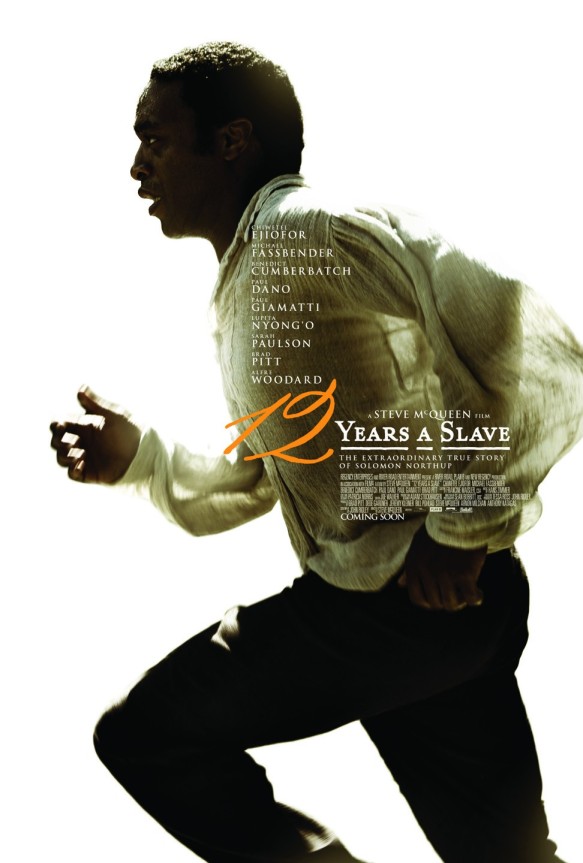 It’s about time. Though Hollywood has tackled America’s legacy of slavery before, it has rarely done so with as visceral a combination of strong visuals, masterful performances and, most importantly, a screenplay that takes an unflinching and unvarnished look at out country’s antebellum past. Last year, we saw Quentin Tarantino’s Django Unchained – the best movie of 2012, in my opinion – which, fantasy though it was, placed the violence of slavery at the forefront of its story, helping to strip away the romanticism that has so often been present in depictions of the Old South. Now we have 12 Years a Slave, the third feature film by British director Steve McQueen (Hunger, Shame), based on the 1853 true-life account of the same name, written (and lived) by Solomon Northup. Let this be the movie that finally banishes all notions of there having been anything gallant or glorious in the values of the slave-holding states. Let Gone with the Wind go, once and for all.

The movie tells the story of Northup, a free black man from New York, born in 1808, who was abducted and sold into slavery in 1841 and then, after 12 years of hopelessness, managed to send word to his friends up North, attaining his freedom once more, in 1853. The horrors that he witnessed and experienced were, sadly, nothing exceptional for slaves, but posterity has benefited from the fact that Northup, himself, was exceptional – and educated – and so could observe, and later recount, his terrible tale in great detail. His book was published just one year after Harriet Beecher Stowe’s Uncle Tom’s Cabin, and together the two books form a powerful mid-19th century abolitionist pair (Northup, in fact, dedicated his own book to Beecher Stowe).

In the film, Northup is played by British actor Chiwetel Ejiofor, best known to American audiences – if known at all – from movies like Love Actually, Melinda and Melinda, Serenity, Children of Men, 2012 and/or Salt, among others. Here, he is nothing short of extraordinary, crafting a performance that allows Northup’s intelligence, resilience and dignity to shine through even when the man is beaten or forced to beat others. He is always not just there, but present. Although McQueen is an accomplished filmmaker, without Ejiofor at its center, the film would not resonate nearly as strongly as it does. We need his humanity and his strength.

Which is not to say that McQueen’s talents are negligible. Before turning to feature filmmaking in 2008, McQueen was primarily known for his photography and video installations (see http://www.mariangoodman.com/artists/steve-mcqueen/ and http://www.artic.edu/exhibition/steve-mcqueen for examples of both), and his sense of visual aesthetics and design turns almost every scene into a painterly work of art. This is both a plus and a minus. It’s good because we need to see how brutal were the realities beneath the lovely facade of the plantations It’s sometimes ineffective, however, because the narrative will stop cold for a few minutes and hold on a particular shot, creating a sort of tableau of a frozen moment. Perhaps it’s McQueen’s background in photography and installations that makes him do this; perhaps he feels the necessity to slow the action down as a reflection of the seemingly never-ending nature of Northup’s imprisonment. Whatever his reasons, I think this, more than the film’s subject matter, will be the main obstacle for mainstream audiences. Unlike Django Unchained, this is not an action film. It’s a meditative drama about the evils of America’s original sin.

As much as I loved Django Unchained, we needed this film even more, particularly in an era where half the nation still seems to be driven crazy by the fact that a black man is president.  In some ways, it reminds me of Octavia Butler’s great science-fiction novel Kindred in its depiction of the horrors of slavery (if you haven’t read that book, please do so). Go see it. Now.