Many thanks to the crew of the 2014 Maryland Film Festival for putting together another interesting program. I may not have liked everything I saw in equal measure, but I was, overall, more than excited by the offerings.

On the final day of the festival, I once more saw three films – 1 documentary and 2 narrative features. As with most of the films this year, they all had something to recommend them. 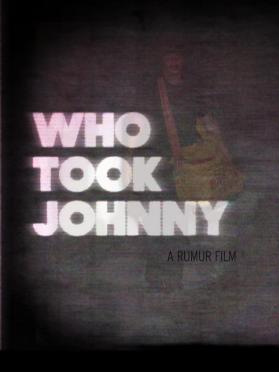 Michael Galinsky and Suki Hawley – two of the three directors – were on hand to present their harrowing documentary about a young boy, Johnny Gosch, who was kidnapped in 1982, and subsequently never found. The film centers on the trials and tribulations of Johnny’s mother, Noreen, who has had to contend with police and FBI indifference – bordering on criminal negligence – and the continued lack of answers and resolution over the years. Johnny would be about my age right now, so I found the film particularly resonant. I remember the early 1980s, and the growing use of the faces of missing kids on milk cartons, but at the time (and until seeing this film), was unaware of the Johnny Gosch case. It’s a terrifying story. Well-made, fast-paced and gripping, Who Took Johnny uses archival footage and interviews, contemporary talking heads, and some reenactments to draw us into a sordid tale of pedophilia, government corruption and the inexcusable victimization of innocents. A must-see, but not for the faint of heart.

Oh, I so wanted to love this film. The premise, of a young Japanese woman who becomes obsessed with finding the money hidden by Steve Buscemi at the end of Joel and Ethan Coen’s 1996 film Fargo, is apparently based on an urban legend of a real Japanese woman who purportedly came to Minnesota in 2001 to do just that, having mistakenly believed the opening text of that film, which claims that the events therein are based on a true story. Crazy or deluded protagonists can make great subjects, and I love Fargo, so I sat down and waited for the magic to happen.

On the one hand, the film is beautiful and mysterious. Director David Zellner, cinematographer Sean Porter and production designers Chad Keith and Kikuo Ohta have created a series of carefully crafted scenes, meticulously designed and shot, that draw us in to the increasingly demented vision of the main character, Kumiko (Rinko Kikuchi). Unfortunately, that character is also increasingly terminally depressed, and as her reason breaks down, so does the film. Even after she leaves Japan and comes to the American Midwest, no amount of surreal mise-en-scène can make up for the void at the center of the film that is Kumiko. Kikuchi (Babel) is an actress of real gifts, yet here they are used in service of a role that the script forgets to develop. She’s lost, she’s lonely, she’s … sad. So she fixates on an elusive treasure to give her life meaning, and while the journey is occasionally cinematic, the destination is just more of the same despair. A gorgeous wasteland. If that’s your thing, then enjoy.

On Saturday, my students and I were able to meet privately with director Sara Colangelo and learn how she made her film with help from the Sundance Screenwriters Lab and the Maryland Film Fellowship. Little Accidents is her debut feature, and while she needed all the help she could get in terms of financing and producing, she clearly required no help on the directing side of things. I particularly liked her frequent use of audio overlaps – also known as split edits – from scene to scene, where the sound of a conversation continues into the next scene, informing what we see even as the visuals move on. The film is an assured tour-de-force, with great performances and great shots, and we should be looking for more amazing work from Ms. Colangelo in the future.

Little Accidents tells the story of a coal-mining town in West Virginia that is struggling to recover from a mine accident that killed 10 men. Amos (relative unknown Boyd Holbrook, terrific) – the lone survivor – along with Owen (Jacob Lofland from Mud, here equally as strong) – a boy who has lost his father – and Diane (Elizabeth Banks, quite fine) – the wife of the mine manager – form the three main characters around whom swirls the town’s drama. The film analyzes the moral consequences of actions large and small, and how hard it can be to earn redemption. Filled with subtle moments and raw emotion, the movie will move you and keep you on the edge of your seat until its poignant final shot. I highly recommend.