Yesterday was the second day of the 2015 Maryland Film Festival. It was also a working day for me, so I could only make two screenings in the evening (thank goodness for Good Doggie Day Care, which keeps my little wonder beagle so active during her stays that she passes out right after dinner, allowing me, at the end of such days, to stay out late!). Too bad, as Thursday’s slate was filled with many enticing offerings. From among those, I chose Venice (Kiki Álvarez, 2014) and In the Basement (Ulrich Seidl, 2014). My (very brief) thoughts on each are below. 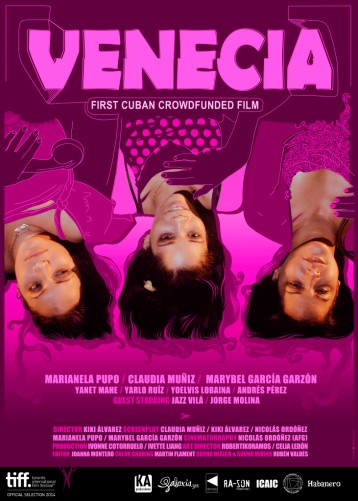 “Slightly older and married Monica (Maribel García Garzón), young and slightly naive Violeta (Claudia Muñiz, who also has lead writing credits on the film), and the bubbly Mayelin (Marianela Pupo) are hairstylists working in the same Havana salon. The three women make plans to have dinner together at Violeta’s house and then head out for an evening on the town. They begin their night as work acquaintances, bonding as they discuss men, money, family, and other everyday life matters over a bottle of wine. In these charming moments, the viewer can’t help but be drawn into the orbit of these three savvy women. When they step out for the night and make their way through the streets of Havana, the energy of the film begins to shift. And as the wine kicks in and the malaise of the workday wears off, both the characters and the film begin to effervesce. A quiet dinnertime buzz gives way to a night of pulsing club music, carnal desire, and altered reality.” (by J. Scott Braid) 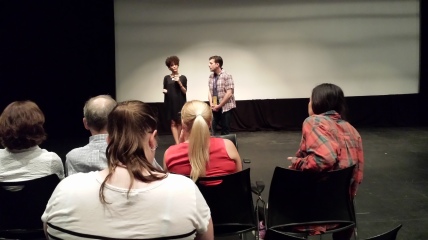 Claudia Muñíz (pictured, above) was at the screening yesterday, and it was a pleasure to hear her talk about the process of making this delightful movie. Shot in an intimate style that allows the three main women to burst from the screen with their bountiful energy, Venice manages to appear, at first, like just another slice-of-life indie film before metamorphosing into a powerful meditation on female empowerment. I highly recommend. There is one more screening at the Walters Art Museum on Saturday, May 9, at 4:30pm.

Wow! I have seen none of Seidl’s other work, which includes the cult-favorite Paradise trilogy, but if this documentary is anything to go on, he is quite the provocateur. With carefully staged compositions, often held for uncomfortably long durations, Seidl pushes the boundaries of the form and begs the questions, “If the people on screen are doing things that Seidl ask them to do, how much is real?” Let’s call this an experimental docudrama featuring non-actors in their actual environments behaving as they always do, but at the request of the director. It’s a fascinating look at the simmering passions – loving, sexual, violent – that lurk beneath the veneer of civilization. I highly recommend this film, as well. There is one more screening, also at the Walters Art Museum, also on Saturday, May 9, at 11:30am.