If you missed it earlier in the week, here is the list of the SXSW2016 Jury Awards. And here are the Audience Awards, announced yesterday. The last day of the festival, for me, was Friday, March 18 (we left the next day), and I saw only two films for which I will not be writing reviews for Hammer to Nail, and I have capsule reviews of both, below. Here are the reviews and interviews that have been published on Hammer to Nail since my last post:

Stay tuned for more in the next week! 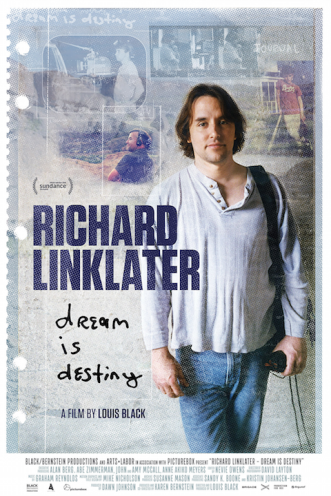 If you’re a filmmaker or film fanatic in Austin, Texas, you owe a huge debt of gratitude to director Richard Linklater, who founded the Austin Film Society in 1985 and then continued to make Austin his home even after the indie success of his debut feature, Slacker, which was shot in Austin. Linklater’s insistence on bringing the film industry to him (and to his home), rather than on abandoning his roots, is what has helped make his work feel so personal, even when films like the Before Sunrise/Before Sunset/Before Midnight trilogy have taken him far afield. When, finally, in 2015, he was nominated for an Oscar for his 12-year-odyssey of a movie, Boyhood, it felt like a vindication for everyone who has ever wanted to do it his/her way without compromise. Such is the journey outlined in this decently solid, if not amazing, documentary. Indeed, the story is compelling; it’s the filmmaking that’s a bit pedestrian (Bernstein and Black are no Linklater). Black’s insistence on putting himself in the frame with Linklater during interviews is distracting: the folly of a man who was there when Linklater got his start, and now wants to make sure we all remember. But leaving that aside, the film is definitely worth watching for all who care about independent cinema and who appreciate Linklater’s work. 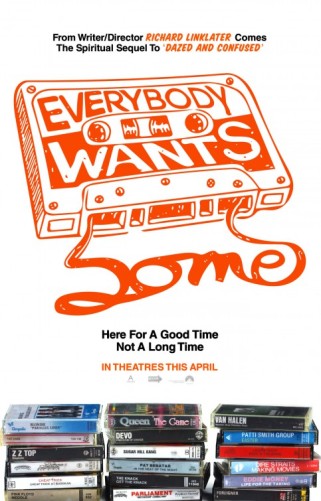 Everybody Wants Some!! (Richard Linklater, 2016)

Sometimes Linklater is no Linklater, either. This enjoyably breezy nostalgic college-party film is filled with magnificent performances and wonderful set pieces, including a marvelous bit where the lead actors sing and rap along to The Sugarhill Gang’s 1979 hit Rapper’s Delight, but it ultimately feels extraordinarily slight (this review on The Verge sums it up quite well). I had a good time watching it, laughed a lot, but started checking my watch after about an hour. I wish there were more to it than just a celebration of alcohol, drugs and sex (or, at least, an uncritical look back at the joy of when those things felt fresh and new). I dug the cast, though, which includes, from among my favorites, Blake Jenner (Ryder Lynn on Glee), Glen Powell (Chad Radwell on Scream Queens) and Tyler Hoechin (Derek Hale on Teen Wolf) as horny baseball jocks, and Zoey Deutch (Vampire Academy) as the lone (somewhat) fully realized email character. It’s a guy’s movie filled with guy’s guys. Bromance all the way.

Be sure to read my first, second and third posts on SXSW2016, as well!