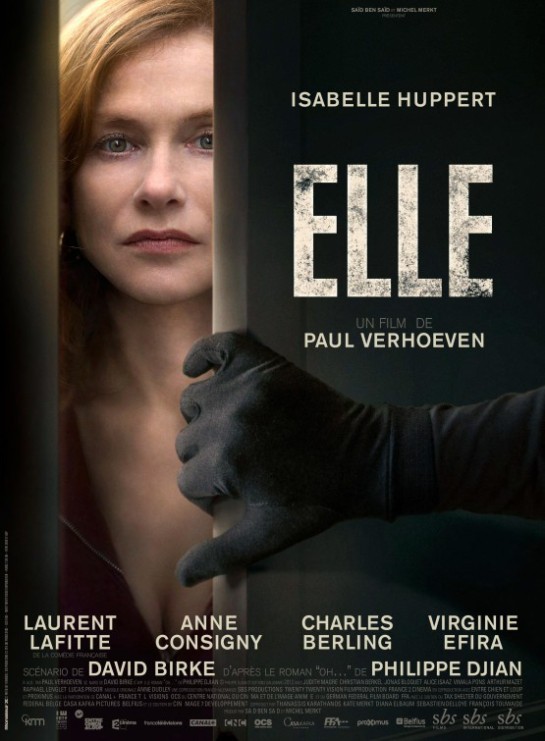 Now 78, Dutch filmmaker Paul Verhoeven has long since graduated beyond enfant terrible, if that moniker were ever actually suitable for a director more exploitative than avant-garde. Best known as the creator of violent, sexual, and sexually violent thrillers of the 1980s and ’90s such as Robocop (1987), Total Recall (1990), and Basic Instinct (1992), Verhoeven began his career in Holland with a series of brutal, erotic, and brutally erotic (sense a pattern?) films like Turkish Delight (1973), Soldier of Orange (1977), and The 4th Man (1983), before the sirens of Hollywood beckoned. Initially successful, his American star waned after the box-office and critical debacle of Showgirls (1995), despite the better-received follow-up, Starship Troopers (1997), and with the dismal Hollow Man (2000) under his belt, he decamped for his native Europe. Back home, he made Black Book (2006) which, slickly produced and smartly acted as it is, went one level of exploitation too far for me in its romantic portrayal of a doomed SS officer; Nazis just aren’t sexy, I’m afraid. Now he’s back once more, proving his polyglot credentials with a French film starring the ever-marvelous Isabelle Huppert that finds Verhoeven pushing all of his usual buttons, and then some, but in a manner more reflective than before. Perhaps. The jury in my brain is wrestling with that one.

Huppert plays Michèle, a middle-aged video-game entrepreneur with a more-than-disturbing past, which we only slowly discover. We meet her right away, in medias res: there’s a crash under black, then sounds of a struggle followed by moans, most likely of distress. When we cut to picture, a man in a ski mask is just finishing with his rape of her. He leaves, she lies on the floor, then rises and composes herself before running a bath. For reasons of her own, she doesn’t report the assault, instead calmly cleaning herself and ordering dinner over the phone. When her feckless twentysomething son pays a visit, she remains ever-formally maternal. Nothing knocks this proud businesswoman down, it seems. Soon, we follow her to work, where she presides over a creative meeting on the content of her company’s next product, an animated game in which a scantily clad woman is killed by a monster, its tentacle piercing her skull as she writhes in pain. “No,” Michèle cries, “her struggles should be more orgasmic.” Clearly, she is a complicated and complex person.

Elle (the title means “her,” in French) offers a disturbing portrait of its strong-willed protagonist as she feints, parries, and occasionally strikes in a twisted game—to which only she, perhaps, knows the rules—with family, friends, employee, and yes, that initial rapist. There are no simple heroines/heroes and villains here, and those viewers for whom rape portrayed as anything other than a straightforward assault might trigger an adverse reaction should beware, and maybe stay away (and there’s nothing wrong with feeling that way). But what makes the film often work in spite of its exploitative treatment of sex and violence (again, the Verhoeven trademark) is how it tackles its own subject in a multilayered metatext in which art imitates life, and vice versa, within the confines of cinematic make-believe. Michèle, herself, traffics in the very commodity that inspires her aggressor. Her adult self, we learn, has been shaped by a traumatic event from her childhood, from which she has never entirely recovered. She’s both a damaged soul and a dangerous one; prey and predator alike.

However one might feel about the movie’s narrative, the real reason to see it is for Huppert, who in this and every film she has ever made is a force of nature. Now 63 (impossible to believe), she is one of the premier actresses of her generation, in any language. With a career almost as long as Verhoeven’s (and far more diverse), she has starred in notable films from the 1970s (Going Places, The Lacemaker), the ’80s (Heaven’s Gate, Story of Women), the ’90s (Madame Bovary, The Swindle), the 2000s (The Piano Teacher, I Heart Huckabees), and our current decade (Amour), always able to transfix us with performances that have at their heart a bewitching mystery. Her face reveals all, and also nothing. This makes her the ideal actress to incarnate Michèle, whose motivations and desires remain unclear throughout. It is the genius of Huppert to take an unpalatable situation and character and make us want to watch her every move. Forget Verhoeven (though the film is competently made); this is an Isabelle Huppert film from start to finish, and a testament to her eternal greatness.