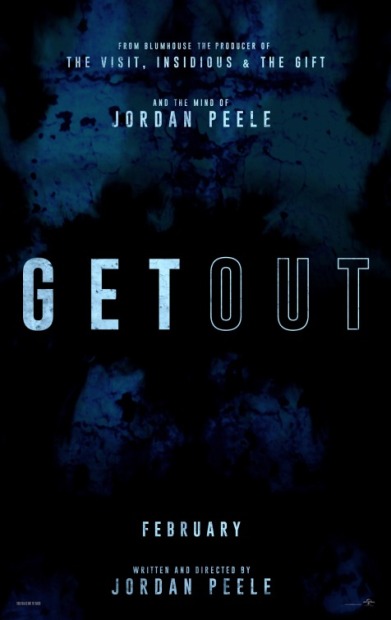 Comedian Jordan Peele – formerly of Key and Peele – makes his directorial debut with a film that is both a delightful riff on the horror genre and a biting, satirical attack on racism and its apologists. Chris, our hero, is a twenty-something African-American man living the good life in New York City, who makes an ill-advised trip with his white girlfriend, Rose, to meet her parents upstate. “Do they know I’m black?” he asks her, just before they leave (cue inevitable, and intentional, comparisons to the 1967 film Guess Who’s Coming to Dinner). She reassures him that race will play no factor in how they treat him, although she does warn him that her father will probably declare how he would have voted for Obama a third time, if he could have. You know, just to prove his liberal bona fides. Somewhat mollified, Chris agrees to go. We, the audience, however, have seen an opening sequence in which another young African-American, walking in a white suburb, is felled by a masked man dressed like many a cinematic slasher. The hunt is on, it seems, though why or by whom is yet to be determined.

Once arrived, Chris and Rose do their best to make themselves comfortable, but Mom and Dad (and brother) have other plans. There’s a general vibe of unease in this house in the woods, compounded by the fact that the two domestic servants are both African-American and possessed of a peculiar set of mannerisms that are anything but normal. At first just awkward, the situation turns eerily malevolent when additional guests – all white – arrive, as if Peele had crossed a movie like Betrayed, a 1988 thriller about going undercover in a white supremacist hate group, with The Stepford Wives, that twice-adapted tale of one small community’s drastic solution to the problem of uppity women. Is it all just in Chris’s head, or are these strange people out to get him?

Peele demonstrates a firm command of cast and story, directing both towards a vibrant mix of  sharp comedy and genuine thrills. The ensemble includes Daniel Kaluuya (Sicario), as Chris; Allison Williams (Marnie on Girls), as Rose; and Bradley Whitford (Josh on The West Wing) and Catherine Keener (Enough Said) as the parents. The film is smart where it needs to be, but never afraid of the dumb laugh. It’s also one of the oddest movies I have seen in a while, both adopting the conventions of its genre and completely ignoring them, refusing to follow narrative expectations. It’s brisk, invigorating and deliriously funny, while also a devastating dissection of the pervasiveness of racism in our society. Kudos to Peele for making an issue film that is blissfully entertaining.

Unfortunately, it’s also visually rather bland. Granted, the shots are exposed properly and the lighting mostly suits the mood of each scene, but the cinematography – by Toby Oliver (The Darkness) – is otherwise uninspired. Given the brilliance of the writing, it’s too bad that the look of the film remains pedestrian. Perhaps it is by design, to show how the seemingly ordinary circumstances of our lives rest atop a fragile infrastructure of civility that can so easily be fractured. Whatever the limitations of camera, however, there is no doubt that Get Out succeeds on every other level, and marks a very auspicious start to this new chapter in Jordan Peele’s life. It is also, given the explosion of virulent hate speech in the post-Obama era, as timely as ever.