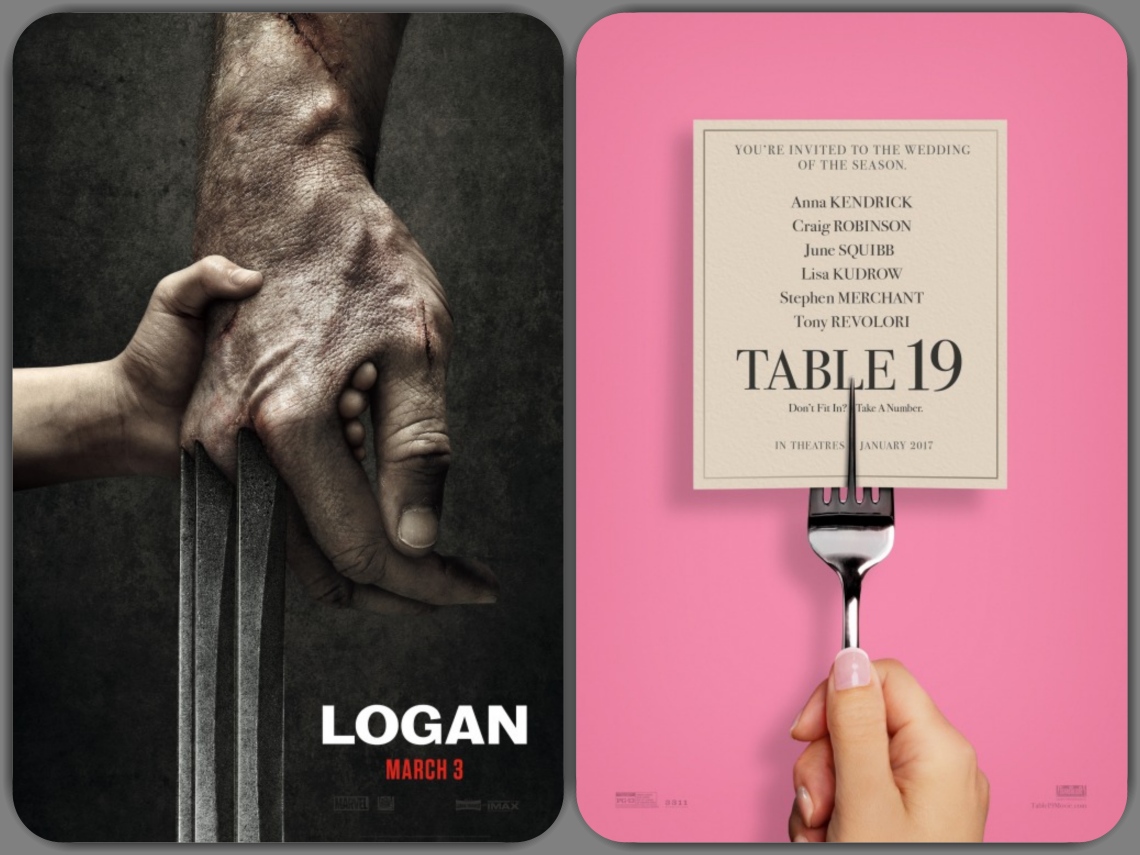 Today, at Film Festival Today, I published reviews of two new films: Logan and Table 19. Here are the links: