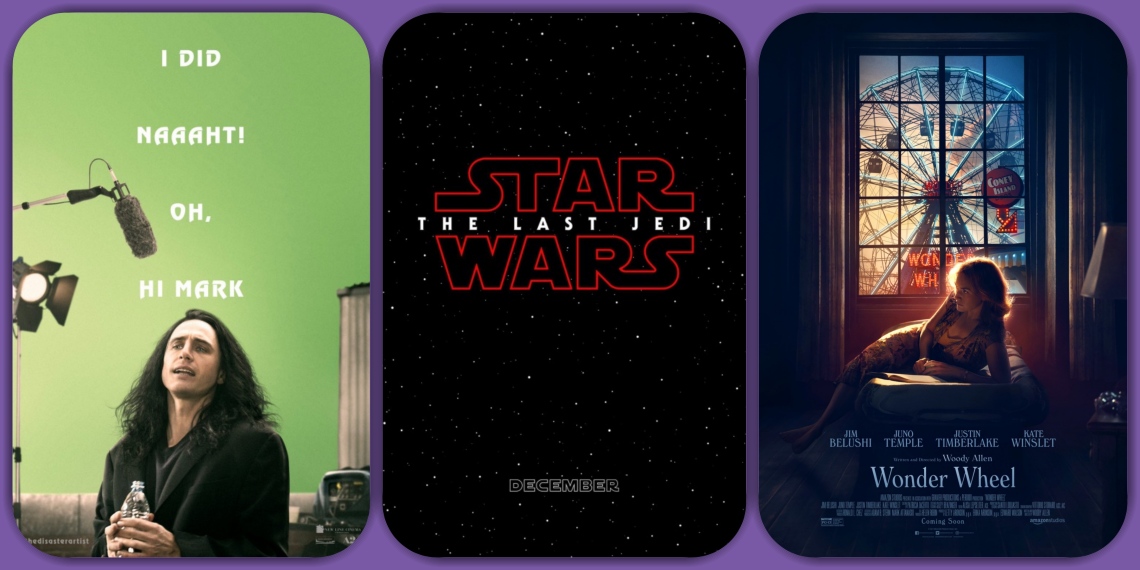 In the past week, Film Festival Today published three reviews of mine: The Disaster Artist, Star Wars: The Last Jedi and Wonder Wheel. Here are links to all 3 pieces: