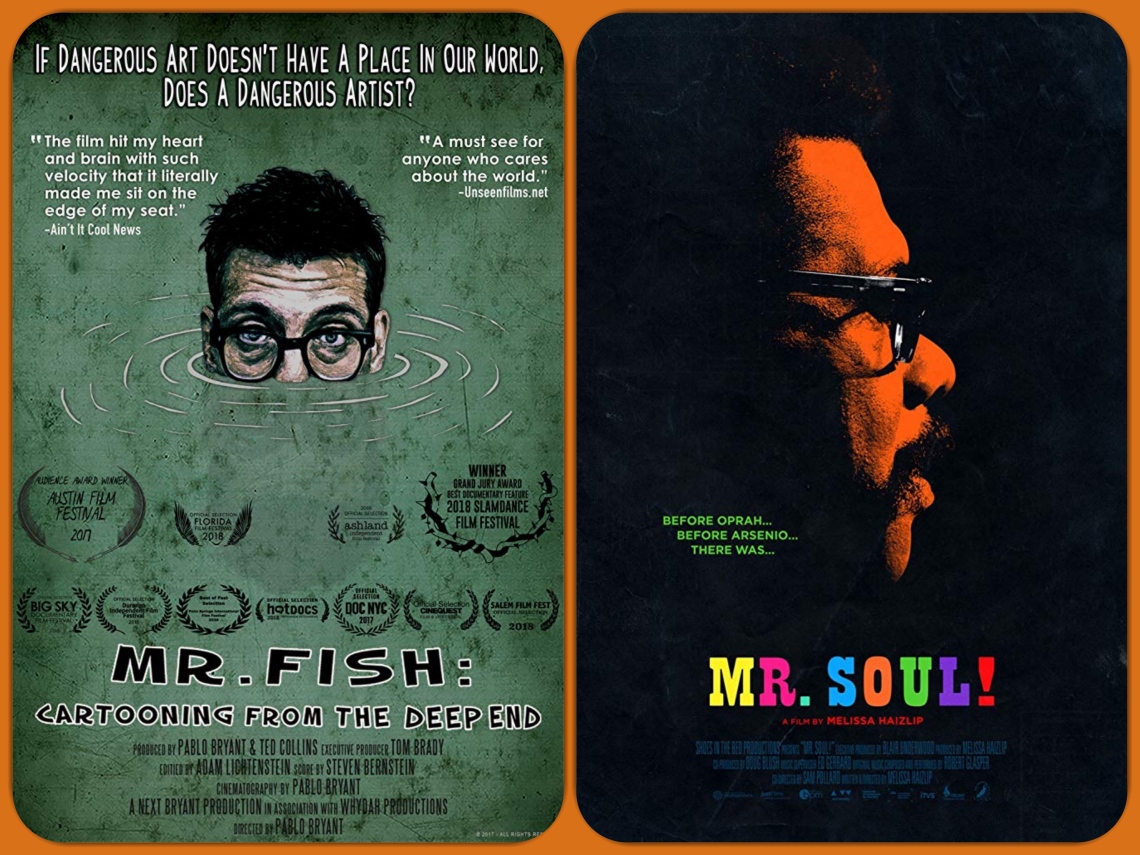 This week on The Fog of Truth, we discuss our own personal work and creative ventures and look at two doc portraits of activists doing what they love for careers in the arts: Mr Fish: Cartooning from the Deep End and Mr. Soul! As always, you can find the episode on our “episodes” page, on iTunes, SoundCloud and Stitcher, and anywhere podcasts are generally available.