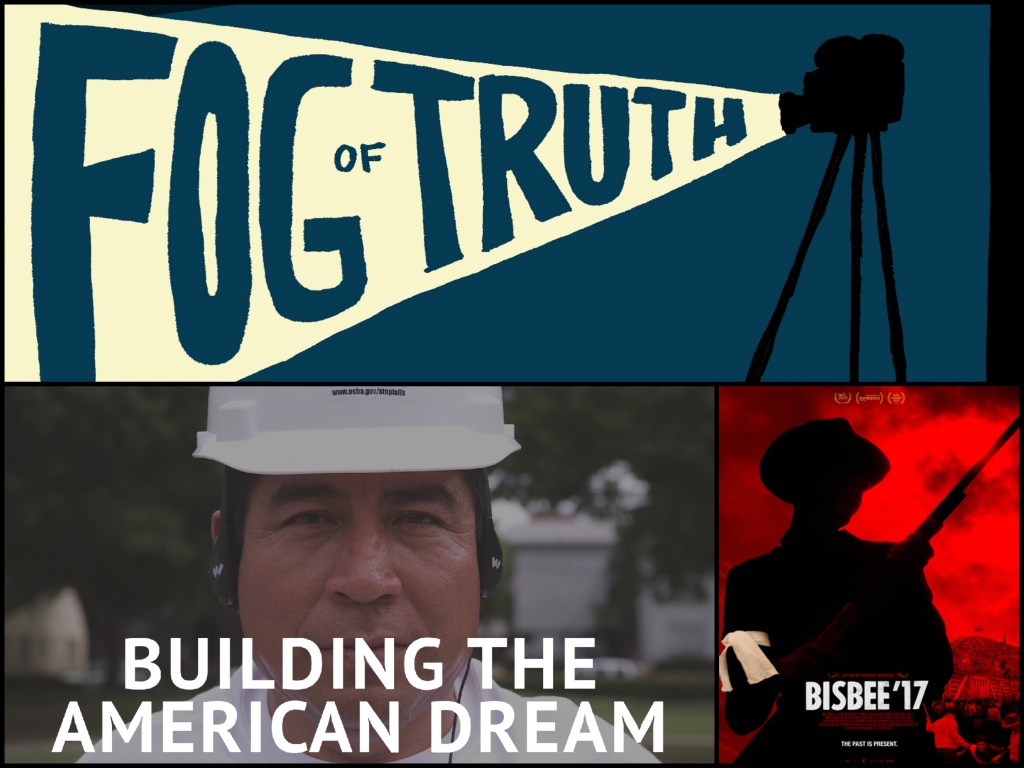 This week we look at documentaries about immigration (and specifically about migrant workers) as we review Bisbee ‘17 and have an interview with Chelsea Hernandez of Building the American Dream. Please note that there is accompanying video for the latter, available on our “videos extras” page.

As always, you can find the audio of the episode on our “episodes” page, on iTunes, SoundCloud and Stitcher, and anywhere podcasts are generally available. Enjoy!