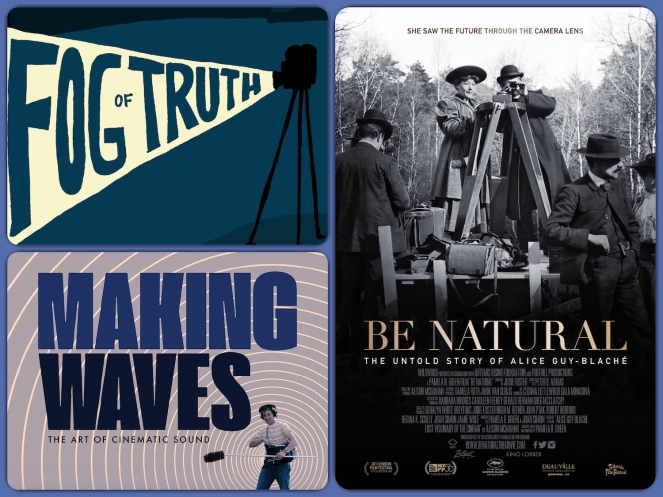 There is no shortage of documentaries on various aspects of film history and we discuss a few of them plus have a group review of Be Natural: The Untold Story of Alice Guy-Blaché and an interview (by Chris) with Midge Costin of Making Waves: The Art of Cinematic Sound. As always, you can find the audio of the episode on our “episodes” page, on iTunes, SoundCloud and Stitcher, and anywhere podcasts are generally available. Enjoy!

This concludes season 6. Stay tuned for more bonus episodes and the eventual next season. Thanks for listening!