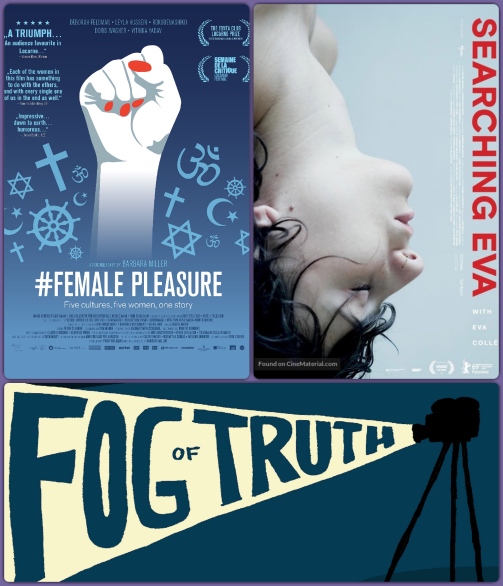 This week, we welcome guest host Jennifer Proctor, filmmaker and Associate Professor of Journalism and Screen Studies at University of Michigan-Dearborn, for a robust discussion of the new documentary #FemalePleasure and its examination of female agency in the modern world. Following that group review, we play Chris’s interview with director Pia Hellenthal and writer Giorgia Malatrasi, co-creators of Searching Eva, a highly stylized portrait of feminist intellectual and sex worker Eva Collé. Join us as we follow women forging their own paths, patriarchy be damned. As always, you can find the audio of the episode on our “episodes” page, on Apple Podcasts and other sites. Enjoy!