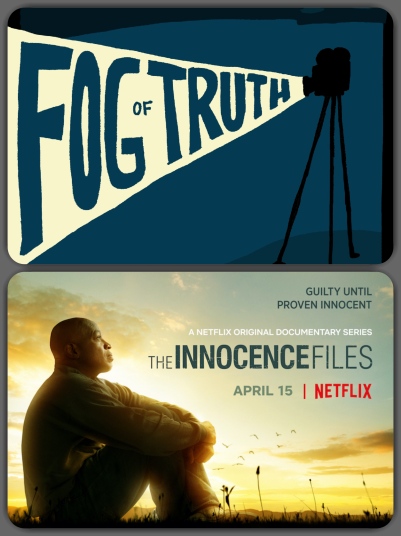 In this bonus episode, Bart and Chris review the new nine-part Netflix documentary series The Innocence Files and then interview Sarah Dowland, director of the final episode. The series is divided into three sections – ““The Evidence,” “The Witness” and “The Prosecution” – each of which is comprised of three episodes, some of which are linked narratively, as well as thematically, and some of which stand alone. Dowland’s film tells the story of Kenneth Wyniemko, a Michigan man who served 9 years in jail for a crime he did not commit (a short sentence compared to most of the other subjects). A profile as much of the hard-working defense attorneys at The Innocence Project (and elsewhere) as of the poor folks unjustly imprisoned, the series is both an example of fine filmmaking and a call to action to reform the criminal-justice system. Listen in to hear what Dowland has to say about guilt, innocence and … The Innocence Files. As always, you can find the audio of the episode on our “episodes” page, on Apple Podcasts and other sites.