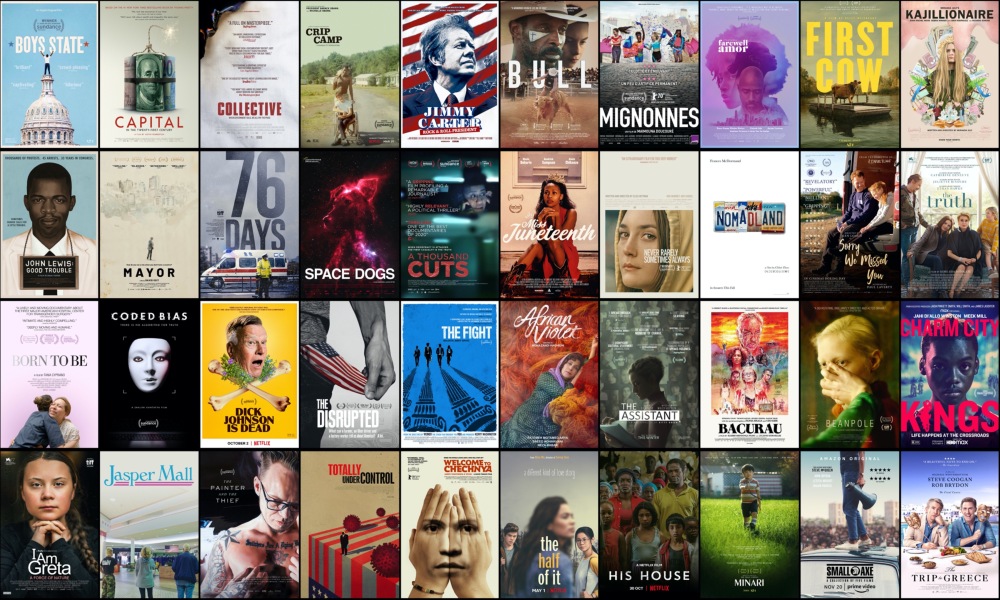 As I was last year at this time, I find myself, on December 31, exhausted from the effort of putting together previous “best of” lists, having already published Top 10s at Hammer to Nail (where I am lead film critic), The Fog of Truth (the documentary-themed podcast which I cohost) and Film Festival Today (where I am managing editor). As we all know, the year 2020 has been tiring for all sorts of reasons (some of them deadly), so pay no heed to my critical fatigue. Instead, read on to enjoy my most comprehensive collection of favorites of the season, which go beyond a mere 10, including runners-up and honorable mentions, divided by documentary (nonfiction) and narrative (fiction) formats. All of these received some kind of theatrical (such as it was) or online release in 2020. Where I previously wrote about a movie (whether for Film Festival Today or Hammer to Nail), I hyperlink the title of the movie to that review. If I did not review a film (and I have reviewed most of the below), I hyperlink the title to the movie’s official website.

If there are films you saw and loved this year which are not included on my list, then it is possible that I either did not see them or saw them but did not like enough to include among my favorites. I also may have seen them and not liked them at all (the films I actively hated are listed at the end, under “worst of the year”). At two later points (hopefully soon), as I always do, I will publish two other “best of 2020” lists, for acting and technical/artistic achievements. 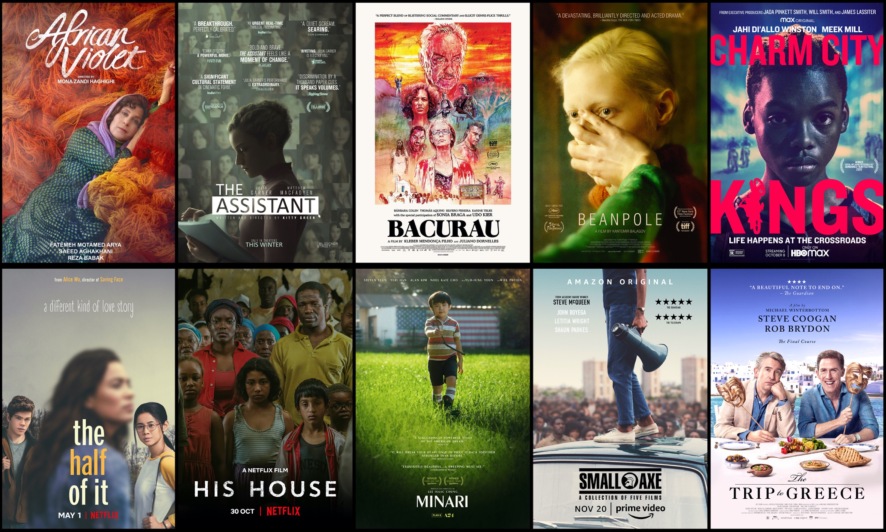 WORST MOVIES OF THE YEAR (in alphabetical order):