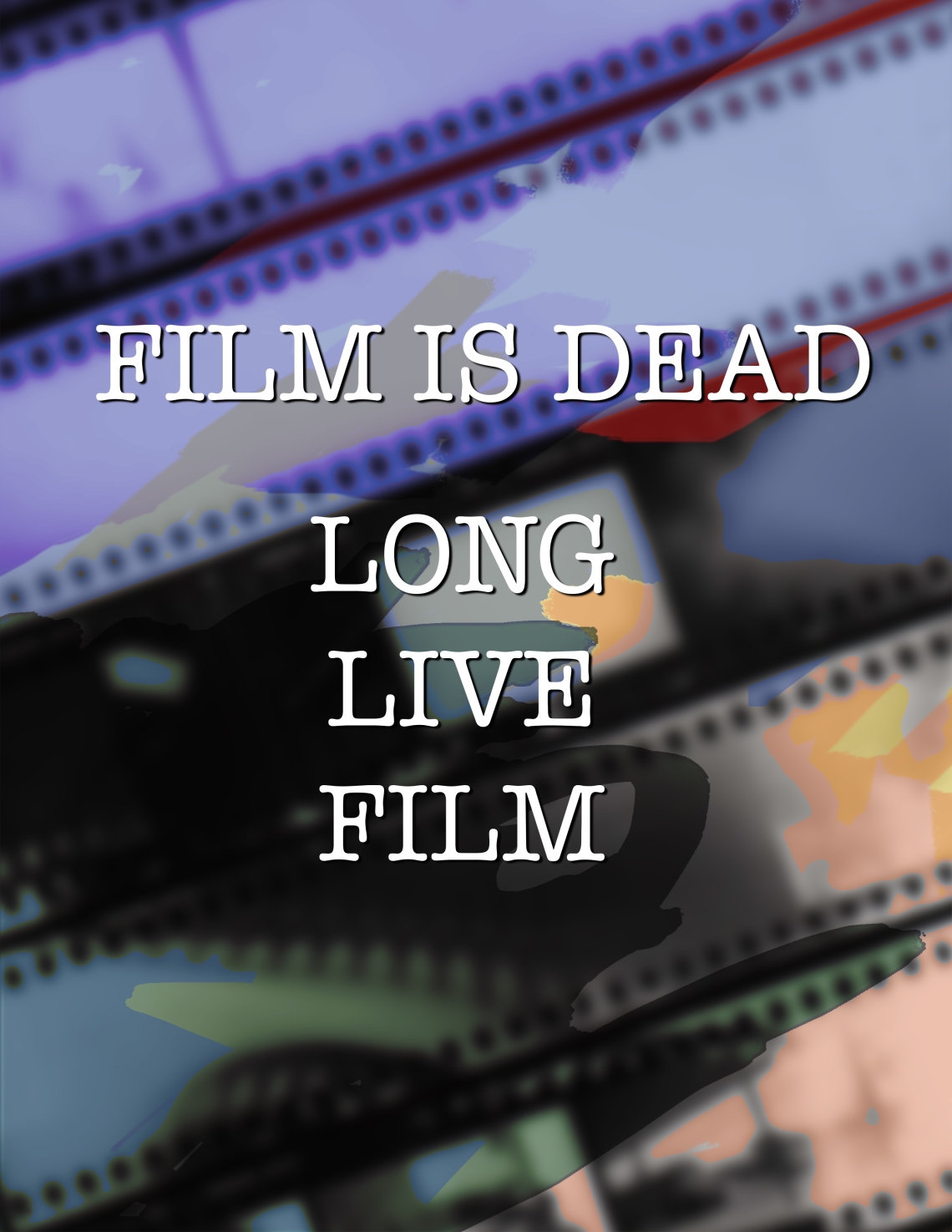 Today’s Midday with Dan Rodricks show – on WYPR, 88.1 FM, Baltimore’s NPR News Station – Linda DeLibero (Associate Director, Film and Media Studies, Johns Hopkins University) and I discussed the demise (or premature demise?) of the film format (but not of cinema).  We paid special attention to the recent documentary Side by Side, produced and narrated by Keanu Reeves, and directed by Chris Kenneally (who  joined us for a bit, from Brooklyn, via phone). It was a great and lively discussion on a timely topic. If you missed the show, you can listen to it here: Midday with Dan Rodricks: 2012.11.02_Is Film Dead

I thought I would share some of the research and notes from my prepping for this show and for the October 14 Cinema Sundays screening of Side by Side that I presented.

A.  This film came about as a result of conversations between Keanu Reeves and Christopher Kenneally on the set of the 2010 film Henry’s Crime, which Keanu Reeves produced and starred in, and on which Christopher Kenneally was the post-production supervisor. A post-production supervisor is in charge of the entire workflow process from media acquisition to final output of the final cut. Kenneally had directed one short and one documentary feature before this, but he and Reeves shared a passion for the changing nature of their field, and so they embarked on this project together. Keanu Reeves lent the project stature and his presence made it easy to secure interviews with the big filmmakers out there, and Kenneally brought years of post-production expertise to the table to write and shape the story. {Source = https://tribecafilm.com/stories/side-by-side-director}

B.  Producer’s statement: “In 2009, SLUMDOG MILLIONAIRE won the academy award for best cinematography. It was a point of inflection for our industry. For the first time, the award for cinematography went to a movie shot almost entirely digitally and not on film. Over the last decade movies shot, edited and distributed digitally have become an acceptable alternative to a photochemical process with over one hundred years of history. At this moment in time, the digital world and the photochemical world exist side by side in the movie industry–from image capture to visual effects to color correction to exhibition. The master cinematographers and directors are now crafting work in both mediums.

I have seen this quiet revolution unfold in front of me on sets, in edit rooms and post- production facilities and on screens around the world. With that in mind I have embarked on a major documentary project directed by Chris Kenneally to explore how this change will impact motion pictures and the way stories are conceived, created and experienced. I am producing the documentary and have hands-on involvement both behind and in front of the camera. The goal is to examine the worlds of film and digital cinema as they exist side by side.

The documentary will investigate the history, process and workflow of both digital and photochemical film creation. We aim to show what artists and filmmakers have been able to accomplish with both film and digital and how their needs and innovations have helped push filmmaking in new directions. Interviews with directors, cinematographers, colorists, scientists, engineers and artists will reveal their experiences and feelings about working with film and digital, where we are now, how we got here and what the future may bring…” {Source = Side by Side Press Kit}

C.  From CreativeCow.net (“The Mazgazine for Media Professionals in Film, Broadcast & Production”), 2011, in article “Film Fading to Black,” by Debra Kaufman: ” While the debate has raged over whether or not film is dead, ARRI, Panavision and Aaton have quietly ceased production of film cameras within the last year to focus exclusively on design and manufacture of digital cameras. That’s right: someone, somewhere in the world is now holding the last film camera ever to roll off the line.”

D.  From Variety, Feb. 4, 2012, in article “Film survives amid digital world,” by  Karen Idelson: ” While the switch to digital production in the movie industry has been much ballyhooed — and indeed, both Panavision and Arri have stopped manufacturing film cameras — it could easily still be decades, if at all, before film is a medium of the past.

Indeed, the industry’s digital changeover has been dramatic in areas like episodic television, but bigger-budget studio films have been slow to follow the trend. Johnathon Amayo, VP of production and post-production for Moviola Digital, believes the percentage of movies shot on film currently ranges between 50% and 70%, since many established helmers still insist on using film to get a certain look for their project. Steven Spielberg, Christopher Nolan and Zack Snyder, among others, have persisted with film for various projects for aesthetic reasons. Snyder and d.p. Larry Fong pushed to shoot “300” on film to get the painterly, grainy look they felt would mirror the feeling of the comicbook that inspired the movie.”

E. From Scientific American, Nov. 18, 2011, in article “Digital Movies to Replace Film by 2015,” by Samantha Murphy: “The standard 35 mm film we’re all used to seeing in movie theaters will be replaced worldwide by digital technology in the next few years, and the hit blockbuster film “Avatar” is to blame for the shift, according to a new report.

A report from the IHS Screen Digest Cinema Intelligence Service said that 35 mm film, which has been the dominant projection format in movie theaters for more than 120 years, is nearing the end of its life, as the majority of cinema screens in the U.S. are expected to go digital in 2012.

In fact, IHS expects 35 mm will be replaced by digital technology globally by 2015, the report said. By the end of 2012, 35 mm film in movie theaters is expected to decline to 37 percent on a global scale, which is a dramatic decline from 68 percent of global cinema screens in 2010.”

F. That same IHS Screen Digest reports that 35mm prints will cease being produced in US by end of 2013, according to June 9, 2012 article in ArsTechnica, “Celluloid no more: distribution of film to cease by 2013 in the US,” by Megan Geuss

G.  From me, Chris Reed: This film spells out something that has been very much on my mind of late, thanks to the many hours I have to spend thinking of how to devise a curriculum at Stevenson that best address the challenges of media production and media education in the 21st Century. We are seeing a strong and inexorable shift away from the primary creative moment of image creation happening in production to it happening in post-production. How you capture the image is now less important that what you do with it aftewards, in whatever editing or coloring or special effects program you happen to be working. I recommend watching the extensive BLU-RAY extras for films like Avatar and Girl with a Dragon Tattoo.

H.  To enjoy this film, you do not have to be a filmmaker or an expert in film processes, because it has enough explanatory information in it for the layperson, but you do have to PAY ATTENTION – this is not a good film during which to turn to your neighbor and ask questions, or you might miss essential info – so don’t talk, don’t text, don’t take calls, and stay focused!  🙂

I.  with the ARRI Alexa

II.  with the RED

5.  The Girl with a Dragon Tattoo

Film lovers take heart, however, as directors like Christopher Nolan and Steven Spielberg are still shooting their movies, such as The Dark Knight Rises and Lincoln, on actual film . . .

Thanks for reading and thanks for listening!