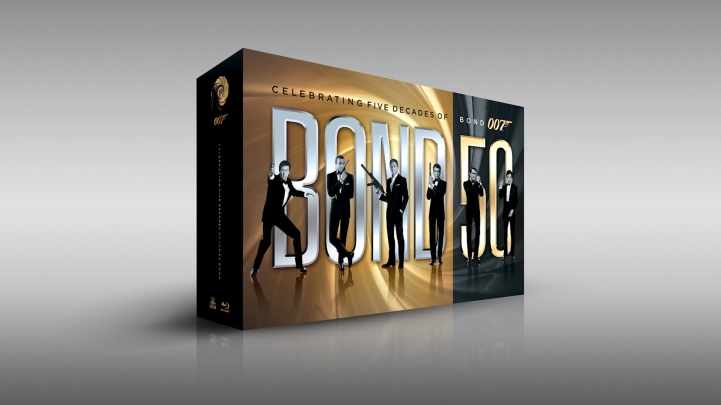 On Friday, October 5, 2012, Linda DeLibero, Associate Director of Film and Media Studies at Johns Hopkins, and I appeared on the Midday with Dan Rodricks show on WYPR, 88.1FM, Baltimore’s NPR News Station, to discuss 50 years of James Bond films. The first film, Dr. No, premiered on October 5, 1962, in London (though it didn’t open in the States until March 8, 1963). Dan wasn’t able to be on the show, so we had Korva Coleman as our guest host. Here is that full show: Midday with Dan Rodricks: 2012.10.05_Bond Films at 50

It was an excellent conversation, powered by the script that Dan had written, but an hour is just not enough time to spend discussing a 50-year phenomenon. So since I had done a fair amount of research prior to the show, and have been a lifelong lover of Bond, I thought I’d share some of my notes on the “franchise.”

The Bondian Knot: Unraveling the Threads of Why We Love 007

We all know the iconic phrases – “Bond . . . James Bond,” “Shaken, Not Stirred,” “Oh . . . James” – and many of us may well be sick of them. Some of us may never have liked them to begin with. There are plenty of reasons to find the world of James Bond distasteful or repugnant, for sure.

Starting with the very first book, Casino Royale, published in 1953, there is an atmosphere of, at best, sexism, if not downright misogyny – consigning women to the role of evil temptresses or harmless sex objects – that pervades the series. And starting with Live and Let Die, the second book, published in 1954, Ian Fleming showed, unsurprisingly, that he was a man with the institutionalized racist attitudes of a British colonialist. The black Caribbean characters in that book are grotesques – even when they are the good guys – and most definitely less civilized than the great white hope that is Bond.

But such issues are not the sum total of the world of Bond, or else the books and, later, the films, would hardly have taken such strong hold of the world’s imagination. To read a Bond book or to watch a Bond film is to enter a universe where the fallible hero fights demons internal and external, waltzes (tangoes might be a better verb) with glamor, strikes like thunder . . . ball, kills with finesse when possible but with brutality when needed, is desired and desiring, and indulges in Epicurean tastes that are beyond the palate of most of us. He’s a lucky guy, but he mostly makes his own luck. He’s like a Western gunslinger, only with gadgets.

And he’s managed to evolve enough over the span of his cinematic career to adapt well enough to each new decade in order to survive and earn new fans.

Ian Fleming, born in 1908, published the first Bond novel, Casino Royale, in 1953. By the time he died, in 1964, he had published 10 more Bond novels and one collection of Bond stories. The final novel, The Man with the Golden Gun, would be published posthumously, in 1965, and another short story collection, Octopussy and the Living Daylights, would follow in 1966.

The books were slow to catch on, at first, but Great Britain was a grey place in the 1950s, burdened with post-World War II food rationing and existential depression over the shrinking of its global influence. As Fleming persevered, writing his hero into adventures set in exotic locales, and making him save the world as no contemporary Brit seemed to be doing, his reading public grew, avid for tales of English might and . . . sex.

In the United States, the series really took after the inauguration of John F. Kennedy, when the President listed From Russia with Love as one of his top 10 favorite books in an interview. And once the Americans were on board, it was only a matter of time before Hollywood would show interest.

Fleming had tried, at various points throughout the 1950s, to have his books adapted into films. These attempts failed, except for a made-for-TV effort in 1954, in which American actor Barry Nelson starred as “Jimmy Bond” and Peter Lorre starred as Le Chiffre. He was right to see a cinematic quality in his work, but the movie producers and studios he approached did not yet see that potential. Filmmakers in England in the 1950s were primarily interested in what were called “kitchen sink” dramas (small-scale, realistic stories about real-life problems). And Hollywood, where the money was, didn’t believe in Bond … yet.

But then two independent producers, Harry Saltzman and Albert “Cubby” Broccoli, each became convinced that the Bond series could work on screen. Together, they formed EON Productions in 1961, secured funding from United Artists, and began casting for what would be the first Bond film, Dr. No (which was actually the 6th Bond novel).

This is not the place to recap all of the in’s and out’s of the Bond movies production history. There are many fine books that discuss this in depth. Here are a few (you can consider these my bibliography for this piece):

For Your Eyes Only: Behind the Scenes of the James Bond Films

James Bond in the 21st Century

The Man Who Saved Britain

The Man with the Golden Touch

The Music of James Bond

So what are the various elements – the fibers – that make up the Bondian Knot that keeps us tied to this series that has now reached the mature age of 50? Here are my thoughts – I’d love to hear yours.

1.  The charm – at its best, the series has at its center a man who carries himself with the athletic grace of a Gene Kelly, the sophistication of a Fred Astaire, the rugged I-could-kill-you-without-breaking-a-sweat machismo of a Robert Mitchum, and the sex appeal of a Johnny Depp (I had to get at least one living actor in there). Who wouldn’t some of that?

2.  The cool – except when they overdo it, the producers create a wit- and gadget-filled universe that just seems so much fun. I know I would love suits, cars and toys like that!

3.  The sex – the series has misogyny to spare, but it also features beautiful people getting in on, and on a purely visceral level, admit it or not, we enjoy that. Roger Moore kind of messed up that formula, but the series still lived on, regardless.

4.  The action – from the get-go, under Terence Young’s expert direction on the first two films, the series made it a point to stage the best action sequences it could for the budget. From Russia with Love had a bigger budget that Dr. No, so it’s action scenes are better. But even Dr. No entertains with its tense moments. And the films only got better from there. The action became quite stupid in the Roger Moore years, but For Your Eyes Only – the 5th Moore – is highly watchable.

Below is a list of the Bond books and Bond films in publication and year-of-release order:

a.         original publication just had two stories of title