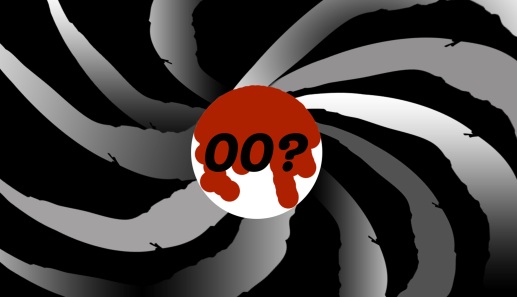 First off, let me just say that Skyfall, the new James Bond film, directed by Sam Mendes, is a very good action film. Unlike the previous installation in the series, Quantum of Solace (2008, Marc Forster), this movie does not feature any egregiously unrealistic stunts like that film’s unforgivable parachute sequence. Both women, or “Bond girls,” played by Naomie Harris and Bérénice Marlohe, are both lovely and strong, and Javier Bardem makes an excellent Bond villain. Ralph Fiennes and Ben Whishaw are welcome additions to the cast, and Judi Dench and Daniel Craig both invest their roles with their customary intensity. So no complaints there. This is an excellent thriller, and the script even allows for a few touches of humor, which had been sorely missing from the first two Craig 007 films.

However, I am beginning to get annoyed at the tack that Eon Productions – the company founded by Albert Broccoli and Harry Saltzman in 1961, now run by Broccoli’s daughter Barbara and stepson Michael Wilson – has been taking with the past three films. I enjoyed the recalibration of the series in Casino Royale (2006, Martin Campbell), and thought it was an interesting touch to begin Quantum of Solace exactly where Casino Royale had ended, but I am now officially registering my displeasure that the filmmakers cannot just settle down and make one Daniel Craig film without any rebooting of the story and characters. In other words, I want what Bond fans have always wanted: a cracking good story with drama, suspense and humor, told with oodles of style, which doesn’t cause me to groan in agony at too many bad jokes or suspend my disbelief at implausible stunts. This is how the series began with the first 4 Sean Connery films – Dr. No, From Russia with Love, Goldfinger, and Thunderball – and over the years it has strayed and lost its way (the Roger Moore years were the worst), occasionally rediscovered its balance, albeit with some problems (Timothy Dalton, Pierce Brosnan), and yet has always tried to remain true to the original appeal of the character. James Bond is a very talented super-spy, occasionally physically and emotionally vulnerable, yet ultimately successful because he is most loyal to his mission (and country) and his sense of style rather than to any one lover or friend.

I am sure there are plenty of people who will disagree, and more power to them. Any long-running series needs to adapt to the times and evolve. I like the depth of feeling with which Craig imbues his Bond. But at some point I have to ask – why James Bond? At times, these past three films have felt more like a spy version of Christopher Nolan’s take on the Batman character. Skyfall even gives Bond a past, showing us his ancestral home, telling us more about his lost parents than (I think) we need to know, and even giving us Albert Finney as an Alfred-like butler sidekick. I have to admit that I liked my Bond somewhat of a cypher. Is this really the only way forward? Although GoldenEye (1995, Martin Campbell) was not perfect, I enjoyed how the filmmakers addressed the need for change head-on – in the brilliant initial confrontation between Judi Dench as M and Pierce Brosnan as Bond – while nevertheless maintaining the tropes of the series. The Daniel Craig films have gleefully discarded these tropes, foregoing the opening gun barrel sequence and only occasionally allowing Bond’s signature introductory phrase, Bond … James Bond.” At which point, I ask, why bother even calling him James Bond? Why not simply kill Bond off, and have a new spy take his place? What’s that you say, people wouldn’t be interested? Ah – but then, why are those who are interested so interested in the first place? Because they like what the Bond films represent – action, style, and sex, served with just enough wit to make it all hang together, and a recognizable universe in which the service takes place. And they like the continuity, from Dr. No to the present. Mess with that continuity, and you really mess with the series.

And that is what ultimately bothers me the most with the past three films. Prior to Daniel Craig, each Bond actor changeover had – realistically or not – simply placed the new actor in the role, and proceeded as if the universe had had no interruption. From Casino Royale to Skyfall, we have seen the opposite approach. This is a re-boot, albeit with some holdovers from the previous films (such as Judi Dench). It is as if the previous stories did not exist. We meet Craig in Casino Royale just as he is being promoted to “00” status, rather than in mid-mission as a man who is already established as 007.  I can see the appeal – new actor, new incarnation of role – and I can see how the novelty of this approach re-energized a flagging series. The last Brosnan Bond, Die Another Day (2002, Lee Tamahori), was pretty miserable, after all.  But I am curious as to why the producers felt the need to reboot, rather than just recalibrate.

But no matter – so be it. I enjoyed Casino Royale for what it was: like Skyfall (and unlike Quantum of Solace), a great action thriller. At some point, though, I have been hoping that Eon Productions would finish establishing Craig as Bond and get on with the business of . . . fun. With all of this rebooting of the series from scratch (we even get a new Moneypenny – complete with her own origin story – in this latest film), we have been missing much of what made the Bond series so successful to begin with – a joy in the joie de vivre of being a sexy spy who kills bad guys, wears nice clothes, and desires – and is desired by – hot women (some of whom rival Bond in their toughness). When will we get less intense seriousness and just be able to enjoy an escapist spy thriller? Or are we condemned to watch The Dark Spy Rises from now on? Again, why Bond? Why not, I don’t know, “Prince . . . Jack Prince?” Because the aesthetic of the series – and its welcome tropes – are what bring us back for more each time, and have brought us back for over 50 years. It’s 007, not 00? . . .