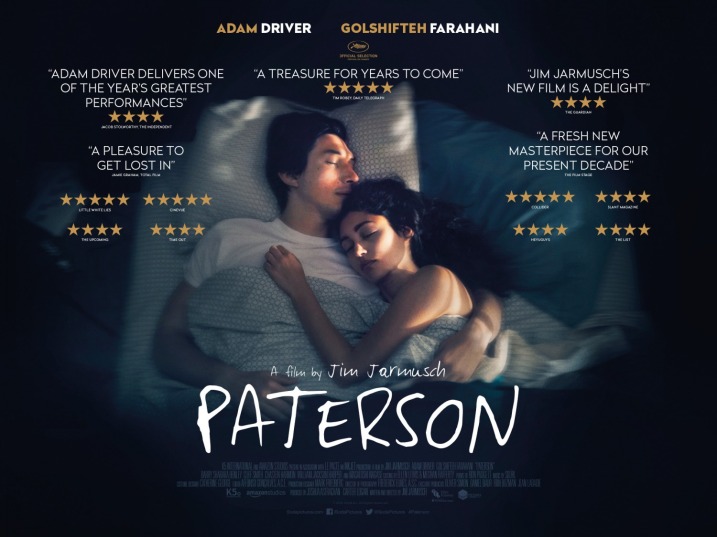 Ever since his first theatrical feature, Stranger Than Paradise, in 1984 – which won the Caméra d’Or (Best First Feature) award at the Cannes Film Festival – American indie auteur Jim Jarmusch has accumulated a growing cult fan base. Following his debut, he continued to make off-beat, bone-dry dramedies like Down by Law (1986), Mystery Train (1989), Night on Earth (1991), Dead Man (1995), Ghost Dog: The Way of the Samurai (1999), Broken Flowers (2005) and Only Lovers Left Alive (2013), to name some of his better-known fiction works (he also directed the documentary Year of the Horse, about Neil Young, in 1997). The defining characteristic of all of these films has been the ironic stance that Jarmusch takes towards his subjects, viewing them through the prism of his quizzical view of the human animal. The gentle humor he mines from seemingly ordinary circumstances is a wonder, even if the sum total of the scenes in each film does not always a satisfying narrative make. He excels at sketch-based writing, if not dramatic arcs. Which is why Paterson, his latest, is such a welcome surprise. For one, the irony is largely absent; secondly, this is a complete story, start to finish, beautifully rendered (if still, occasionally, puzzling).

It’s also beautifully acted. Adam Driver (While We’re Young), as the titular character, who shares his name with the town – Paterson, New Jersey – in which he lives, delivers a performance of subtle variegation in which much is said with but a shrug or a laugh. Golshifteh Farahani (Rosewater), as Laura, his wife, is equally fine as a restless young woman who loves her husband (and he, her), yet suffers from the burden of her aimless small-town life. Paterson, at least, has a routine: he’s a bus driver and poet, observing the world from his front-seat perch as he composes odes to love and matchbooks (separately or together), finding inspiration in what to others might seem the daily grind of the mundane. We see the words of these verses on the screen, watching his process unfold. Time and again, we revisit the streets of Paterson, ever familiar, yet always different; the trick is to recognize the latter while never drowning in the former. Both Driver and Farahani draw us into this world of small stakes writ large, theirs a moving portrait of a living marriage, quirks and all.

It’s a good life, more or less, but is it enough? Every night, Paterson walks the dog to the local watering hole – another routine – where his outsider observations continue. A choice, to participate or remain apart, always hangs in the air. In that sense, the metaphor of the bus is perfect, much as was the taxi in Martin Scorsese’s 1976 Taxi Driver, as Paterson is often invisible to those around him, yet still very much present. Here, however, our hero does not harbor psychotic visions of martyrdom. Instead, he’s a contemplative soul; if saving the world is his calling, he will do so through art.

Jarmusch’s last movie, Only Lovers Left Alive, told the love story of two vampires struggling to live ordinary extraordinary lives. Paterson reverses this formula, pushing the fantastic below the surface as it presents two ordinary individuals whose lives become ever more extraordinary the more time we spend with them. Indeed, the repetition of routines is key to this revelation. That, and the constant motif of twins that runs through the film. We meet them everywhere, starting with Driver, himself – both the actor’s name, a description of the man he plays, as well as his character’s eponymous hometown – and then continuing through a succession of actual twins who pop up on the bus, on park benches, and even in the movie to which Paterson and Laura go on a Saturday night, after which he tells her that she and the actress therein “could be twins.” And on and on. Their appearance could mean nothing, or it could signal that there is magic in our world that we can choose to accept or ignore.

The role of the poet is to find that magic and make it concrete. William Carlos Williams (1883-1963) – from nearby Rutherford, NJ – who is mentioned frequently in the film (his name its own twin), wrote, from the late 1940s through the 1950s, an epic poem entitled Paterson, in which he explored the beauty that can emerge from a single place, if you know it well enough. And that’s what we have here: a visual tone poem that is Jarmusch’s paean to the charm of the quotidian. The film may not be for everyone, given its meandering pace and minimal plot, but there is loveliness to spare if one is willing to sit back and surrender to it. If there is one false note, for me, it comes at the end, when a Japanese tourist arrives and helps Paterson overcome a momentary depression; it is too suggestive of an outmoded idea of Orientalism that I wish Jarmusch had avoided. Beyond that, however, the film works as a powerful call to appreciate the enchantment of the ordinary world in front of us.