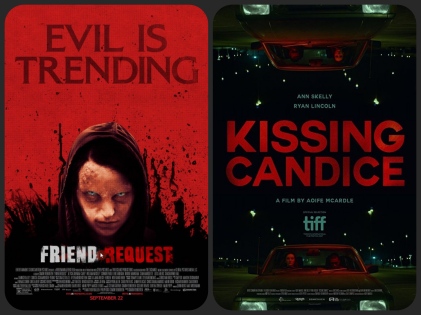 On Friday, I posted the following two reviews: Kissing Candice, at Hammer to Nail; and Friend Request at Film Festival Today: