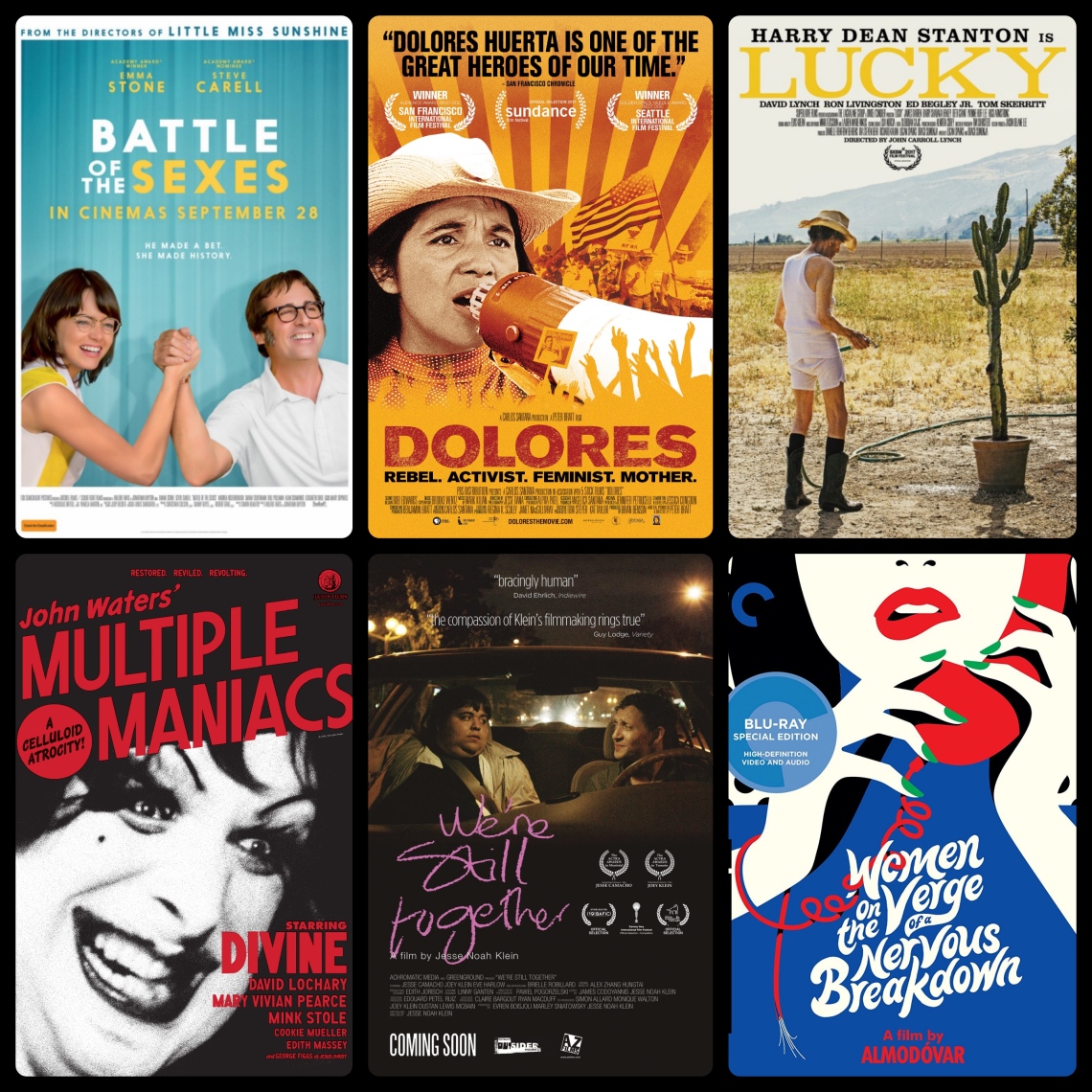 Over the past week or so, I had the following film pieces posted at Hammer to Nail: reviews of Criterion Blu-rays of Multiple Maniacs and Women on the Verge of a Nervous Breakdown; reviews of new theatrical releases Lucky and We’re Still Together; and a two-part interview with director Peter Bratt and subject Dolores Huerta, of the new documentary Dolores (reviewed earlier). At Film Festival Today last Friday, I ran a review of the new film Battle of the Sexes. Here are links to all 7 articles: