Hey, folks – it’s a big deal that I present these 8 reviews NOT in alphabetical order (or any order, for that matter – wait, they actually appear to be in order of preference, so I lied). Enjoy! 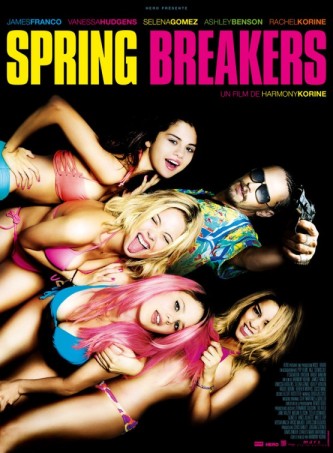 Why is this one of my favorite films of 2013? Is it because I like watching nubile young women have sex and snort cocaine? If that were the case, then I’d love The Wolf of Wall Street (which I don’t). No, it’s because it manages to be one of those movies that truly has its coke – sorry, cake – and eats it, too. With smart writing, excellent performances (particularly from an almost unrecognizable James Franco, who should have snagged an Oscar nod), beautiful cinematography and brilliantly innovative editing, Spring Breakers is that rare creation: an intelligent and insightful exploitation film that uses its titillating story to make a larger point. In this case, writer/director Korine (Gummo) takes us on a sharp ride where his four female leads rob, cheat and kill their way to achieving their very own American dream. It’s the film Scorsese was trying (and failed) to make. Get ready for one hallucinatory ride! 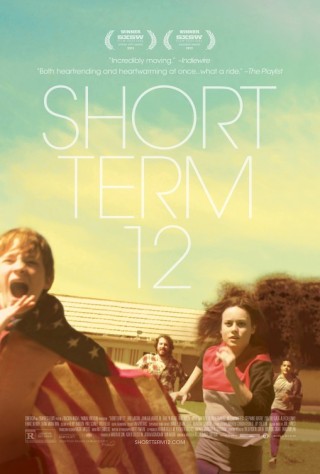 Young writer/director Destin Cretton made a short film in 2008, also entitled Short Term 12, which won the 2009 Sundance Film Festival short film award. It was loosely based on experiences that Cretton, himself, had while working, post-college, in a foster-care facility for troubled youth (you can read more about that in this Slant Magazine interview from September, 2013). After directing his first feature-length film, I Am Not a Hipster, in 2012, Cretton returned to the previous story with a 96-minute version, which racked up many film festival awards throughout 2013. Had I seen it before last week, I would definitely have included it in my Top 20, if not my Top 10, of the year. Written with great subtlety of emotion and nuance of character, Short Term 12 features a breakout performance by its star, Brie Larson (“United States of Tara“) as Grace, the lead counselor at the short-term facility of the title. Never maudlin, frequently original, and always moving, Short Term 12 signals the arrival of a brilliant new filmmaker.

Nominated for an Oscar for Best Foreign-Language Film, Thomas Vinterberg’s The Hunt is easily the Danish writer/director’s best film since his 1998 “Dogme 95” masterpiece The Celebration. Mads Mikkelsen (Casino Royale) gives a harrowing performance as a man unjustly accused of pedophilia. The movie begins as a portrait of the tight-knit community in a small and peaceful Danish town, showing the men bonding over a shared passion for hunting and drinking. Mikkelsen plays Lucas, whose recent bitter divorce has left him alone and struggling to make ends meet as a kindergarten teacher. When the neglected young daughter of a friend makes a casual remark about Lucas’s anatomy (her older brother having flashed her an erect penis on his iPad), the entire town turns against Lucas, and he soon finds himself a hunted man. As a study of how quickly our civilization can come undone, the film is brilliant, if at times difficult to watch.

Another terrific foreign movie – sadly, not nominated for an Oscar – is the German director Margarethe von Trotta’s Hannah Arendt. A.O. Scott, writing in The New York Times, gave it a 5-star review (with which I wholeheartedly agree), and one of the points he makes is that there has rarely been a film so good at showing the power (and labor) of thinking. It’s true. We feel the intensity of Arendt’s intellect in every frame of the film. As portrayed by the marvelous Barbara Sukowa (Rosa Luxembourg), she is a dynamo of logic and fortitude. If you don’t know, Hannah Arendt was a well-known 20th-Century German-Jewish political philosopher, perhaps best remembered today for coining the phrase “banality of evil” in her (in)famous book (first published as a series of New Yorker articles) about the 1961 Adolph Eichmann trial, Eichmann in Jerusalem. Von Trotta has created more than a biopic; this is a portrait of a truth-seeker – compromised by the details of her personal life though she may have been (she had been a student and lover of Martin Heidegger, who later joined the Nazi party) – who forged her own path, critics be damned! It’s a great film about a great woman, by a great female director. 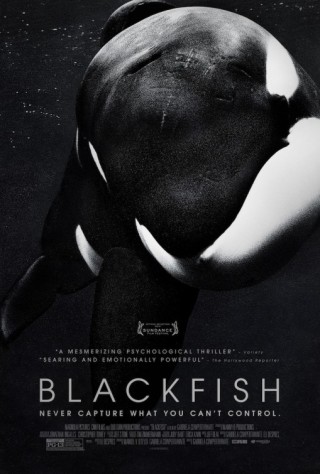 Much to a lot of people’s surprise (including mine), Blackfish was not among the final 5 Oscar nominees for Best Documentary. I thought it was one of the best films of the year. As a hard-hitting look at the evils of large-marine-mammal-capture, the movie covers some similar ground to The Cove (which won the Best Documentary Oscar in 2010), yet manages to feel fresh and original . . . and uniquely horrifying. The movie takes as its departure point the 2010 killing of Sea World trainer Dawn Brancheau by the orca Tilikum (who had killed before, apparently), and then examines the rise of Sea World and the inhumane conditions under which these orcas live, which can lead to the kind of psychopathic behavior seen in Tilikum. As an indictment of human behavior towards our marine brethren, the film is masterful, and with fewer shots of slaughter, it’s easier to watch then The Cove. Still, it does have one weakness, in that there is no one arguing on the side of Sea World among the interviewees. Then again, how does one make the case for savage captivity? It is a must-see. 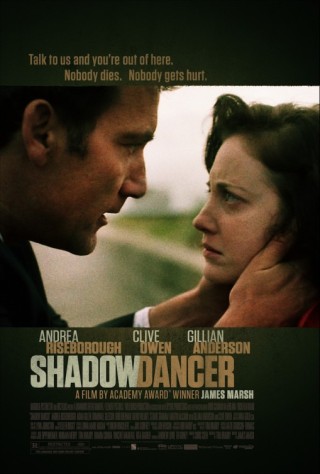 I’m not sure what happened to this movie. It barely opened in the United States, and then it was gone. Which is too bad, because it’s a pretty fine thriller. Starring Clive Owen (Children of Men) and Andrea Riseborough (Oblivion), among others, Shadow Dancer takes us on a journey into the complexities and nuances of the longstanding Anglo-Irish conflict. Owen plays Mac, an MI5 officer assigned to handle Riseborough’s Collette – whose family is deeply involved in the IRA – and to turn her into an informer. Directed by James Marsh (Man on Wire, winner of the 2009 Best Documentary Oscar), the movie features many taut set pieces that leave you on the edge of your seat. Marsh, as a documentarian, knows his way around a handheld camera, and keeps the action constantly in forward motion (without resorting to cheap jitters). If the film breaks down a bit at the end and squanders the audience’s goodwill through unnecessary contrivances, it’s still well worth watching.

This may be one of the most original and unusual films I saw all year. As such, it is richly deserving of its Oscar nod for Best Foreign-Language film. Who knew that the phrase “Belgian Bluegrass” could hold such promise? I certainly had no idea. This also happens to be one of the most beautifully photographed – and acted – films of 2013, as well. It’s too bad that it completely breaks down (pun not intended; well maybe . . .) in the final third. Still, until it does fall apart, this story of love and loss among Flemish Bluegrass aficionados is extremely powerful. Adapted from a play by Johan Heldenbergh (who also plays the male lead), the movie tells the story of Didier (Heldenbergh) and Elise (an absolutely luminous Veerle Baetans), who meet, fall in love and have a child, all the while performing in a Bluegrass band. Their idyll is shattered, however, when their daughter becomes ill, and though the film manages for a while to walk a fine line between genuine tragedy and maudlin mayhem, it eventually crosses over irrevocably into the latter. Before it does, however, you will hear stunning music and shed a real tear (or two or three). 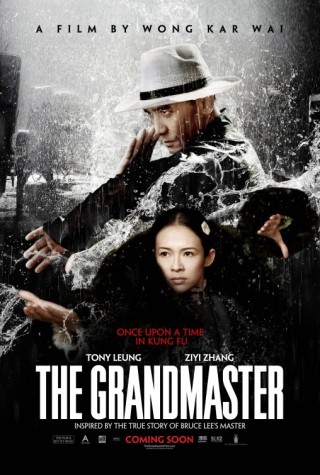 What can I say, really? This film counts as one of my biggest disappointments of 2013. I am a big admirer of Wong’s work, especially of Chungking Express and In the Mood for Love, yet I hated almost every frame of this movie. Normally a master visual stylist, Wong seems to have forgotten his craft here, resorting to cheap slow-motion tricks and backlit raindrops as substitutes for actual filmmaking. As work of art, it’s a bust. As a retelling of the story of Ip Man, it’s narratively incoherent. And while Wong’s elliptical style was so effective in a film like In the Mood for Love, leaving the romantic longing of the main characters unspoken, here his choice of subject matter demands some kind of script; anything to distract from the pretentious cinematography (which, somehow, has earned Philippe Le Sourd an Oscar nomination). To be avoided at all costs.