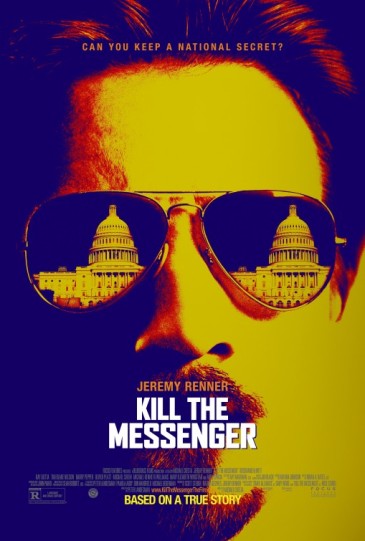 Gary Webb was a reporter for the San Jose Mercury News in 1996 when he came across evidence linking the CIA to the crack cocaine epidemic of the 1980s. Investigating further, he uncovered a vast drugs-for-money network where U.S. intelligence operatives collaborated directly – if covertly – with Nicaraguan Contras and drug dealers (often the same people) to sell crack in American cities to raise money for the fight against the leftist regime in Nicaragua. Disgusted by what he saw as the more-than-lingering after effects of the previous decade’s urban drug scourge, Webb – despite warnings of reprisals by the CIA – wrote a series of articles under the heading “Dark Alliance,” which embarrassed the CIA and incited the anger of African-American communities nationwide, many of whom had felt the brunt of the crack epidemic. At first hailed as a hero, Webb very quickly found himself in the crosshairs not only of the CIA, but of rival newspapers – humiliated that a journalist at a small paper had gotten the big scoop – and soon his halo metamorphosed into a pitchfork. Tawdry facts from his past were unearthed, and he – rather than the Contra/crack connection – became the story. It didn’t help that he had been sloppy and sensationalistic in his reporting. Before long, he was completely discredited and no longer able to work in his profession. He took his own life in 2004. David Carr of The New York Times wrote a recent article about Webb that fills in any missing details in the above narrative.

Webb’s tragic and quixotic struggles make for a great movie, and Michael Cuesta (L.I.E.), the director, has fashioned a gripping conspiracy procedural out of the known facts. Or rather, to be fair, out of the facts known to Gary Webb, since the movie is based, in part, on the book he published in 1998, entitled Dark Alliance (like the articles). It’s an extremely well made thriller that, like Oliver Stone’s JFK, mixes archival footage, reenactments and narrative elements to tell its tale of a man destroyed. Also like JFK, the film leaves you reflecting that if even a few of the theories presented are correct, then something bad must have happened. As one audience member muttered at the end of the screening I attended, “That’s why I never trust the government.” Right on!

Now, I am the last person to think my government – or any government – incapable of the most despicable evils (human history is filled with too many examples of executive malfeasance), but I am also by nature a healthy skeptic, so when I watch any one-sided story where the forces arrayed against our hero are all evil – and he is all good – I immediately begin to question the integrity of the narrative. The advantage of a movie like this is that it doesn’t have to actually prove anything; it can just insinuate. What’s ironic is that this is exactly the approach that the CIA – and the rival newspapers – took with Webb. They destroyed him through implication. What goes around comes around, I guess, and since there does appear to have been some truth to Webb’s story – sloppy reporting notwithstanding – this turnaround is not undeserved.

Where the movie is especially strong, however, regardless of its truthiness, is in its portrayal of institutional behavior. When systems are threatened, the consequences for the hapless neophyte attacker can be devastating. In the case of Webb, the publisher and editor of his paper refused to stand by his story and threw him under the proverbial bus. As played by Oliver Platt (“The Big C“) and Mary Elizabeth Winstead (Smashed), these two superiors who should have had Webb’s back are particularly chilling since they are so likable. We get why they must do what they do, even though they are as responsible for the mess as Webb. Would we behave any differently? Ah! There’s the question.

Jeremy Renner (The Hurt Locker) plays Webb with ebbing vitality and a vanishing confidence made all the more poignant by the actor’s natural vibrancy. With his brilliant and committed performance, he helps us overlook the flaws in the script. Rosemarie DeWitt (Your Sister’s Sister) is a bit wasted as Webb’s wife, but brings her usual sincerity to her underdeveloped role. Of special note are Paz Vega (Sex and Lucia), as the (ridiculously flirtatious) girlfriend of a drug dealer who first draws Webb’s attention to the CIA connection, Tim Blake Nelson (O Brother, Where Art Thou?) as a defense lawyer for another drug dealer, and Andy Garcia (At Middleton) as yet another (imprisoned) drug dealer down in Nicaragua.

It’s a film well worth watching, imperfections and all, just like Webb’s articles were well worth reading.