So here we go … below you will find a number of lists, including: my top two favorite films of the year; my next 9 favorites; my next 9 favorites after that, for a total of 20 best films of the year; and, finally, my (lucky) 13 least favorite films of 2015. I also add, at the end (before the “worst” list), a list of films that may not have cracked my top 20, but which I enjoyed, nevertheless. My main criterion for liking a film this year seemed to be the following: did it surprise me and tell a story in a fresh and original way?

All of the films mentioned received some kind of theatrical or online release in 2015. Where I have previously written reviews of a movie, the title of that movie is hyperlinked to my original review. If I only wrote about a film after seeing it a film festival, then I link to that write-up, however short it may be. Where I have not (yet) reviewed a film – usually because the film has yet to be released in Baltimore – I have hyperlinked the title to the movie’s imdb page and written a (very) brief capsule review of it, just to explain what I admire (or don’t).

There are a few films not on the list that might have made had I seen them by now, but for various reasons I have not. Anomalisa,* for instance, hasn’t even opened in our area yet (but I’m seeing it, finally, next week). I missed The Black Panthers: Vanguard of the Revolution when it came to the Maryland Film Festival this past May, then missed it again when it opened at The Charles Theatre in town, and now I won’t be able to see it until it’s available for home viewing, in mid-February. It’s not going to be nominated for an Oscar (though Anomalisa may be), but it’s at least been mentioned on some people’s end of year’s lists. I also missed – even though it’s been available on Netflix for some time – Beasts of No Nation. I started it, but then got distracted. I watched almost 250 movies this year – not all new ones, for sure – and some TV shows, as well, so sometimes I just … drop the ball (plus, I do have a full-time day job). For the most part, the kinds of films that I review for Hammer to Nail – mainly, micro-budget indies – did not make it onto this list, as I wanted to only include films that non-press folks would have had some chance to see in theaters … or on Netflix.

Enjoy! In a few days, as always, I will publish a separate list of the best acting and technical/artistic achievements of the year.

The Next 9 (in alphabetical order):

The 9 After That (in alphabetical order):

*[from 1/20/16: when I finally saw it, I liked Anomalisa, but did not consider it good enough to be among my top films of the year. Maybe among the runners-up, however.] 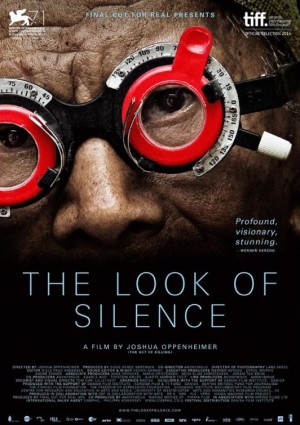